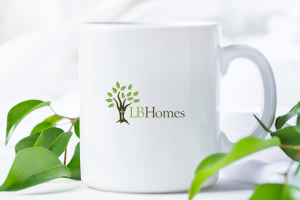 As I reflect upon the life of Christ during the Holy Week, it is so easy to look at the arrest and crucifixion of Jesus Christ as one great hiccup in an otherwise great week.  After all, the week started out great with the Triumphal Entry that we celebrate on Palm Sunday, a day where the crowds came out to greet Jesus and cheer him on.  He was a king entering his city to the cries of a hopeful people.  We like that kind of scene.

And if it started well, the ending of the week, although perhaps more subdued in its volume, was nonetheless an even greater day than Palm Sunday.  True, there were no cheering crowds, but it was on the morning of the third day that the stone was rolled away, and death itself was conquered, and Jesus Christ arose from the grave to reign forever.  Not only that, but he promised us that because he had risen from the dead, so too would those who are in Christ be raised.  What a promise!  What good news!  That’s the kind of good news that I gravitate towards!

And then there’s Good Friday.  It’s a funny thing to call it, “Good” Friday.  There doesn’t seem to be that much good about it.  The day begins with Christ being betrayed by a close friend, and then abandoned by the rest, and it only gets worse from there.  Have you ever had one of those days?  It starts bad, and gets worse?  God knows.  He has lived it, too.  He gets how you are feeling.

Yes, it gets worse.  His friend betrayed him unto the guards, and he was arrested under false charges.  Falsely accused, beating, bullied, and spit on by those in power, those who had the ability to make a false charge stick if they wanted it to.  They brought him to Pilate, who then sent him to Herod, and then back to Pilate, and everywhere was abuse and slander.  They hit him, and laughed at him, and finally he was whipped and scourged and led off to die.

And he did.  He died.  There on a hill outside of Jerusalem, with a criminal hung on either side, he died a humiliating public death.  An object lesson of what happens to those who try to oppose those with power.  By any metric that I have ever used to calculate how well a day goes, it was a bad day.  I don’t like bad days.  I like to pretend they don’t exist.  In fact, I tend to believe that bad days aren’t really days at all, just obstacles to get through.  Just hiccups along the way.

But Good Friday is not a hiccup in the Holy Week.  It’s not an interruption.  For Jesus, it wasn’t just an obstacle in the way before Easter morning.  Rather, it was the Way.  It was His Father’s will for His life.  It was why He was born into this world.  So when given the chance to avoid the cross, he refused.  Out of love for His Father and out of love for you and me, He who knew no sin became sin for us, so that we might become the righteousness of God (2 Corinthians 5:21).  As He hung upon the cross, in the midst of a really bad day, he saw the completion of His life’s work; and it was good.

It is easy to look at our lives today, in the midst of pandemic and stress, and feel like life is on hold.  To feel like the things we do today are just biding time until the hiccup is over, until the interruption passes, and life resumes again.  But that’s not true.  The life that we are living today may not have been the life that we envisioned, but it is still our life to live.  The things we do in these days still have purpose... and just like it was in Christ’s life, it is often in our most difficult days that God’s grace works in our lives in ways that we cannot imagine.

So do not give up hope, because today is Good Friday.  It’s not Easy Friday, or Pleasant Friday, or I-Can’t-Wait-To-Do-That-Again Friday, and it doesn’t have to be.  It was a hard and bitter day for Christ, a painful day.  Perhaps it is for you today, also.  But it is a day that the Lord has made, and His grace is at work in it… and that means it is good.